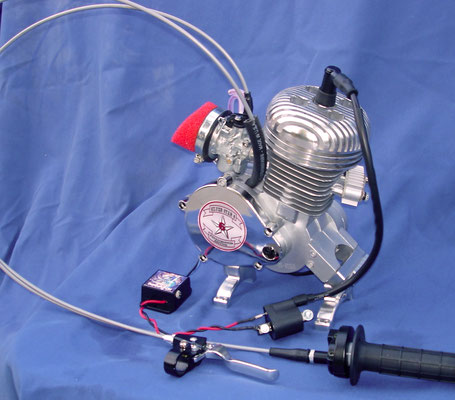 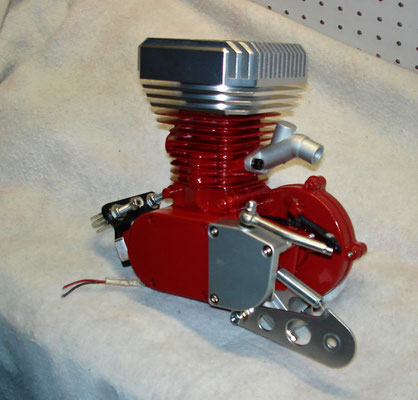 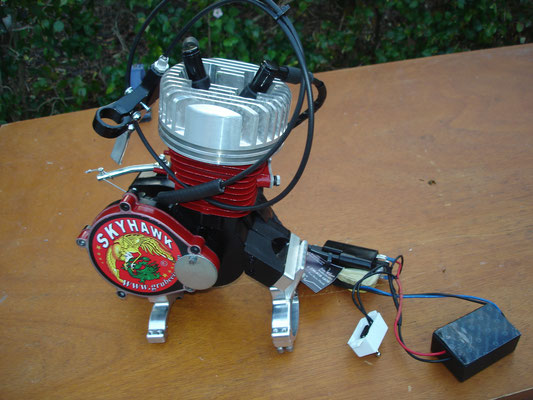 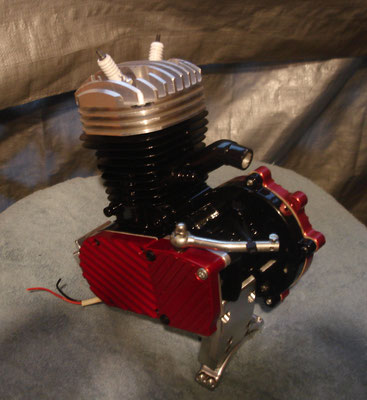 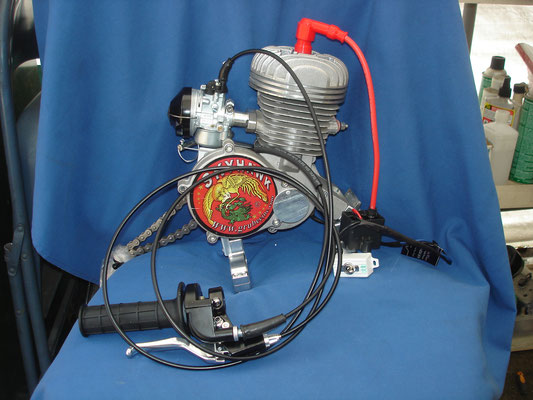 Contact me in the form below to discuss your desired motor specifications.  I CAN BUILD YOUR ENGINE AND DO THE DESIRED UPGRADES / INSTALLATIONS [HERE] FOR YOU!  My specialty is OCC Schwinn Stingray custom "Motorized" Bicycle builds.  I have achieved over 40+ mph [on an OCC Schwinn] using available High-Performance equipment.   50++mph RANGES POSSIBLE with our 3 speed transmission system attachments

In our GALLERY you will see other Motorized Bicycle builds so, I can also help you make decisions on equipment for installing a bicycle ENGINE on other style bicycles besides the OCC Stingray.

OPEN LETTER FROM ANGEL GRUBE - I ONLY SELL GRUBEE MOTORS

For 20 years I’ve helped Don Grube  build quality bicycle 2 stroke gas engines in China.  He is the grandfather of the USA 2 stroke motorized bicycle.   I helped him to translate the names of all the engine’s component parts and translated client’s Purchase Orders from English to Chinese.  We visited all the engine factories in China and Don told the truth to the people all over the world about bicycle engines.  Don always said, ”No secrets in good business.”

* As a famous engineer from the Automotive - Rotating Electrics business: Don Grube knows how important component quality is to the final product!   He was the first to export bicycle engines to the Western world starting in 2001.

In China, the factories never tell the other Chinese where they get their parts.    Because if other Chinese knew where to get the parts, they would make the same product and flood the market - much as they are doing right now.

Don is an American citizen with a Chinese green card. and I’m a Chinese citizen with a USA green card.   I was a teacher in China for 30 years. I never tell lies.   A lot of people know me.  I have former students all over China now in High places.   I helped Don deal with more than one hundred starter and alternator factories in China.  For many years we were the buying agents for 5 distributing companies in the States.

We never took any bribes from Chinese factories.  When Chinese factory owners wanted me to tell Don that they would give us 2 % of the money from the money they sell to the States if they could have our business, Don said “ hell no!”, he don’t want their money, he only wanted the quality products and good price for the American companies we represented.  Don said his trustworthy good name is much more important than money.

Don taught CDI factories how to make a more powerful CDI and magnet rotor and what kind machines were needed for the final test.  We went to the cylinder factories ask them to develop an iron sleeve one piece cylinder.    We went to the gas tank factory and ask them to plate inside to stop rusting. We went the crankshaft factories to teach them how to balance them.  We went to the handle and throttle and clutch factories to check the materials.  We went to Chain, sprockets, even bolts and nuts factories to check the quality.  We spent at least five years to improve the engine quality and design. After Don’s hard work the quality of our StarFire and SkyHawk line of bicycle engines became famous all over the world.   I can say the production of quality engines are due to a lot of my TTT -  TIME, TEARS and TALKING.

….After we did all of this WORK – Some Chinese cheaters saw their chance.

Then, several export companies began to get into the engine business… They’re all fighting with the price.   Now the factory engine kit price is only 52USD.  Don is wondering about how they can make the engine with that low price.    After I had several talks with the engine and parts factory managers, I found the truth.   Today, They simply make rubbish and it sell all over the world!!!

They think the USA people who buy the bicycle engines are foolish.  I really feel ashamed of these Chinese.   What most folks don’t know is that China banded the operation of gas engine conversion bikes 10 years ago, now it totally illegal and forbidden to use 2 stroke engines on the streets of China.

Here is how China 2 stroke gas engine exporters do it these days:  First they ask the engine factories for lower price to offset USA tariff, higher shipping cost and the appreciation of the Chinese Yuan that has slipped from 7 to 1 USD exchange rate in July 2019 to 6.4 to 1 in December.   Therefore, factories give them as low price as they can.  Chinese exporters even break the China law by buying engines without VAT tax receipts.  Because of the price competition, the engine factories are having hardship to keep running.   So, they ask their component parts factories to make cheaper products as well.   The national bird of China sings - cheap, cheap, cheap!.

For quick assembly they found all kinds of ways to make parts that are easier to put together.  Crankcases are  now made with very loose tolerances fit.   Cheaper bearings not made for 2 stroke gas engine crankcase class fit are being used now.   Crankcases are no longer were oven heated before bearing and crank assembly thus allowing for quicker assembly by women assemblers.  Looser tolerances means that when the engine gets hot running on a hot summer day the engine soon fails apart.  They no longer put the engines in test run machines for breaking in.   They no longer plate the gas tank inside to prevent rusting.  The component parts factories are very busy in the last two years making total rubbish parts. The engine factories are eager to put the rubbish engines in the box with no factory identification name.    Export companies are very busy to make money to sell rubbish all over the world.  Do you know how many engines one factory can make now?  Ten thousand engines every month to dump on the world market. and that is 10,000 times 5 Chinese engine factories.

Five years ago YuanDong could only make about two thousand engines every month – as it takes much more time to build a GRUBEE SPEC. ENGINE.  Don Grube is so angry when I told him about my findings.   He shouted at me saying, ”you Chinese are really cheaters“.  But I told him I am not a cheater.  I always tell the truth.  The truth is a lot of Chinese are honest, just like me, but unfortunately not all Chinese are doing honest engine business.

Today, I just want to tell the world the truth about China made bicycle engines.  All the 2 stroke bicycle engine factories are making rubbish engines now for worldwide distribution. These cheaters not only break the law in the States but also break the laws of China.  When I go back to China. I will gather all the information and report them to the Chinese gov.  I think the Chinese gov. will punish these cheaters.

Use this form to ontact us or... directly through sales@pedalchopper.com

A place to show off, see others guys builds, and get help


Look for PedalChopper on Social media.